***WARNING: This post contains deeply offensive images that many readers are likely to find upsetting.  Please exercise caution when viewing these images.  We apologise for any distress caused.***

Yesterday, the Weekend Furlough published dramatic evidence of seeming ‘anti-Semitic’ tropes from the Chairman of the North Thanet Labour Party, John Gilson.  Overnight, we were sent new material from a usually reliable source.  The material, drawn mainly from Gibson’s personal Facebook page, is so serious that today one Labour source told us emphatically that ‘Gibson must go’. 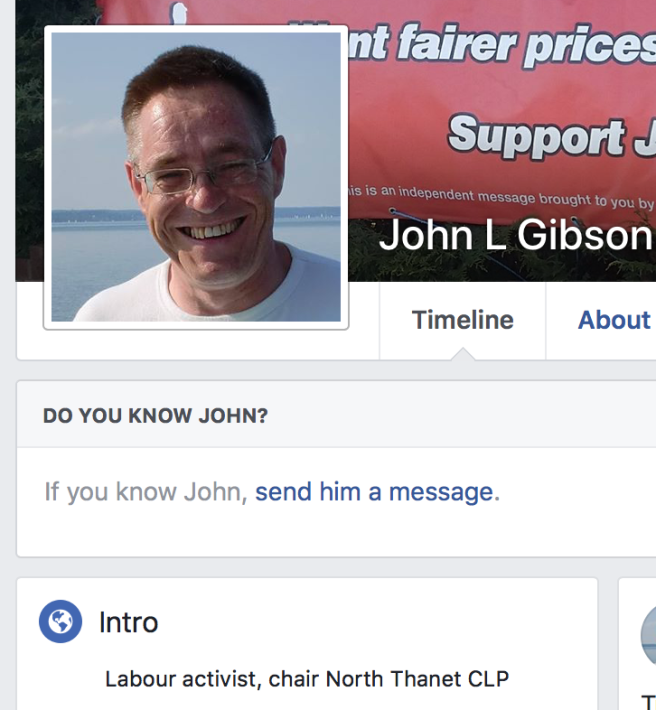 A well known category of anti-Semitism – dating back to the early 19th Century concerns the Rothschild banking dynasty.  Conspiracy theories afford the Jewish family great quantities of power, which according to the conspiracists, the family use to control World events.  The category of conspiracy theories has been condemned by almost all major Jewish leadership groups as anti-Semitic.  The topic was widely discussed following the controversy surrounding Jeremy Corbyn and an anti-Semitic mural.¹ 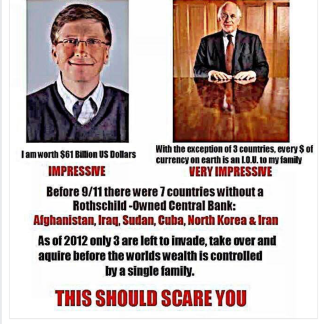 Yesterday, this site covered the bleak realities of Mr Gibson’s Twitter feed and the seemingly anti-Semitic material upon it. The material upon his Facebook page is, if anything, bleaker still. 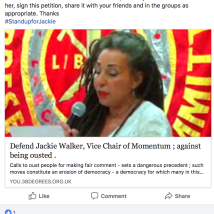 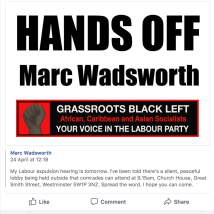 Beyond those that are nakedly Jewish/Israeli in direction, Mr Gibson has a peculiar taste in assorted conspiracy theories – quite often those pushed by despotic regimes.

By way of example, the Skripal atttack, “staged” by the UK. 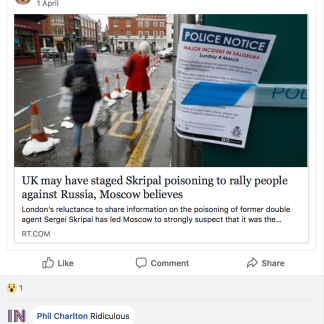 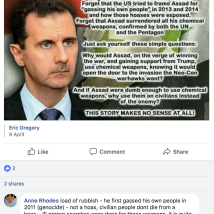 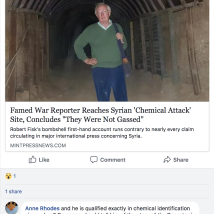 What is more Mr Gibson knows why the US “hates” Syria.

Oh and the BBC are hiding how many people really died at Grenfell – information he got from the Iranian Government’s international broadcaster.

It seems to be women Mr Gibson has a real problem with.

Though in fairness we’ve found some more blokes in the Labour Party, that Mr Gibson thinks need deselecting, suspending or expelling. 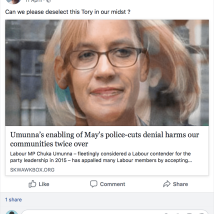 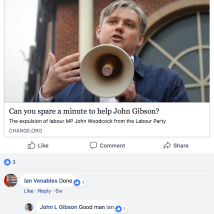 Make no bones about it, John Gibson is a senior Labour Party Official.  As Constituency Party Chairman, he is the most senior Labour activist in the North Thanet Parliamentary Constituency.  What action – if any – the Labour Party takes against Mr Gibson will be a good marker of where the anti-Semitism scandal goes next.

One Labour Source told the Weekend Furlough that these posts “make me sick to the bone”. They said simply, “Gibson must go”.

Mr Gibson continues to refuse to communicate with or comment for The Weekend Furlough.

View all posts by weekendfurlough